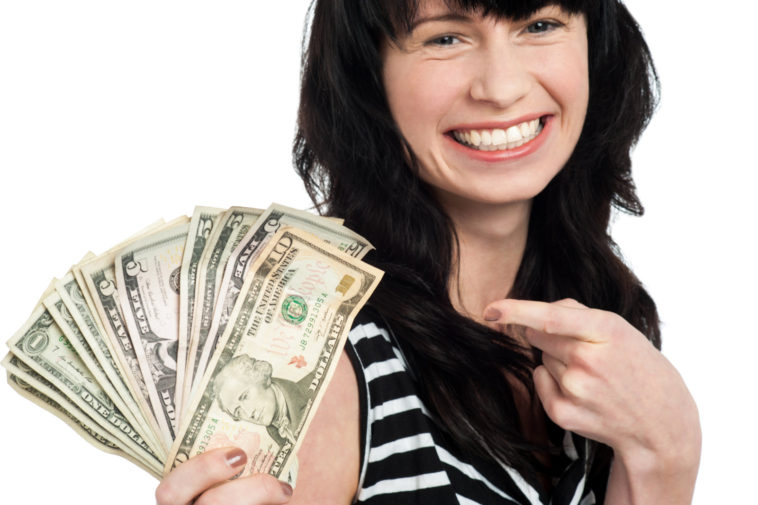 In today’s world, it seems that everyone pays for their daily expenses with a debit card or credit card, or some sort of app or digital wallet, and that’s great. But that doesn’t mean cash is no longer needed. You can find yourself in a situation where you will be in a tight spot if you don’t have any money on you. So, how much cash should I have in my wallet? Let’s find out…

How Much Cash Should I Have in My Wallet?

My dad always told me that everyone needed at least $20 dollars walking around money in their pocket, or wallet.

Yes, times certainly have changed since he was a young man and that $ 20 dollar won’t go nearly as far, but the sentiment is the same.

It does make sense to have some cash on you at all times.

I have to admit I rarely do, but that is a mistake on my part.

You never know when you will find yourself in a situation where you need cash.

For example, just the other day, my mother and I went out to lunch.

I always pay with a card and when I went to pay my lunch bill the restaurant’s card reader wasn’t working.

They were having issues with their internet.

Luckily, I had a few dollars on me, and my mother – who always carries cash – had enough to cover the bill.

One time years ago, I was on the beach with a friend in Florida, in St. Pete Beach, and we went out to eat.

It never occurred to us that a restaurant in a tourist location wouldn’t accept debit or credit cards, but we found out that was the case after we finished our meal.

I had to sit at the table while my friend went to a cash machine to get cash so we could pay our bills.

So, you never know what kind of situation you might get into.

But just how much money should you carry?

The jury is out on that, but there are a few guidelines you might want to consider.

Always Have At Least $20 Dollars on You

While $20 dollars isn’t a lot, it will cover a lot of small emergencies such as my lunch out unless you are going somewhere fairly expensive.

This little bit of extra cash can get you out of a small jam or pay for a small purchase that you might be making on the spur of the moment.

It won’t do much more than that.

Carry $100 Dollars With You

A $100 dollars still isn’t a large wad of cash, but it will get out of many tough spots.

A hundred dollars should cover your daily expenses without much trouble.

Even if you live in a large city such as New York City or San Francisco, you should be able to get through your day on $100 dollars.

When it comes to emergency funds, it might not cover every emergency, but it will cover many situations you might find yourself in.

Most regular folks don’t spend this amount of daily cash.

The other nice thing about having a hundred dollars with you is that it isn’t an excess of cash.

Just is just enough to give you access to cash if you need it without having to worry about it falling into the wrong hands.

Some experts suggest that $200 is about the perfect amount of money to carry with you on a daily basis.

It should cover most emergencies such as having your car towed or needing a hotel room for the night.

You could use this excess cash as emergency cash or just to pay for daily expenses.

The choice is yours.

It should give you some peace of mind to have this additional cash with you.

And it isn’t so much that if you lost it you would be in a tough spot financially.

You could look at it as your only little petty cash account.

For a person that is traveling in the United States the average daily expense is $220 dollars, so having this extra $200 on you should get you through the day no matter what you are doing.

How to Carry Your Cash

If you are carrying around cash, you want to be sure it isn’t a bunch of dollar bills.

They are too bulky and as they are used more than other denominations of bills, they tend to be grimier as well.

You might think it makes sense to just carry one or two hundred dollar bills, and it does, but they can be harder to cash.

Some businesses won’t accept $100’s and if you happen to find yourself in a situation where you are giving someone some cash for helping you out, you want access to small-dollar amounts.

They will cover a daily purchase of a coffee and danish for example or anything else you might want to buy.

You will also want to have some $5 dollar bills on you as well.

They come in handy if you need to tip someone.

How Much Cash Do Most People Carry?

The average person carries between $40 and $60 dollars on them in the United States.

This isn’t a bad range to consider.

It might not cover a real emergency, but it should help out in your typical daily life.

How Much Cash Can You Carry Legally?

Within the United States, you can carry as much cash as you would like.

There is no limit.

What is really important to understand, however, is that in most parts of the country there is something called forfeiture.

This allows both state and federal officials to seize all of your cash if they decide it is suspicious.

For example, if you are pulled over for speeding and for some reason the police officer decides to search your car, and they find a lot of cash, they can seize it.

It doesn’t matter how you got it or that you have broken no laws, they can take it and claim you received it through illegal means such as drug dealing.

Then you have to fight the government to get it back.

In most cases, you will never see it again and you will also be out of legal fees as well.

The worst part of forfeiture is that the government does not have to prove that you broke the law. They can take the cash anyway.

It is up to you to prove you didn’t break the law.

The lesson here is to keep the vast majority of your cash in the bank and don’t carry large sums of cash with you even though you have every legal right to do so.

Now, if you bring cash into the United States you can still bring in as much as you want, but you do need to declare it when you go through customs if the amount is more than $10,000 dollars.

There are some forms you will need to fill out at that time.

You will still want to be careful as they can decide you obtained the cash illegally even if you didn’t.

Then they can seize it then as well.

How Much Cash Should You Carry When Traveling?

If you are traveling around the country, you should consider keeping up to $100 dollars per person for each day of your trip.

This should cover all of your traveling costs.

Of course, don’t forget that most places do take credit cards and debit cards.

While it is good to have cash on you when traveling, don’t carry so much that you make yourself a target or if you lose it you will be in a difficult situation.

One time when I was traveling with my boss she lost $800 dollars in cash.

I don’t know why she was carrying so much.

Luckily, I actually found it on the ground before someone else did.

Otherwise, it could have been a bad outcome.

Should You Keep Money in Your Home?

Most experts do say that it is a good idea to have some cash in your home.

The $1,000 dollar amount is what is thrown around most of the time.

You can quickly become the target of a robbery or worse if you let people, even friends, and family, know.

This needs to be a closely held secret.

The last thing you want is to wake up in the middle of the night with someone standing over you demanding your cash.

Even so, it is nice to have some extra around in case your ATM card won’t work.

For example, I used to live in Florida.

We would get hurricanes and all of the electricity would go out.

Without having some cash, it could be difficult to buy necessities.

The same goes for an ice storm up north.

Top Disadvantages of Saving Money in the Bank

How Much Cash Can You Keep at Home Legally in the US?

Just like carrying cash on your person, there is no legal limit.

You can keep as much cash in your home as you would like.

Keep in mind, this money needs to be declared to the IRS.

So, if you have received cash for goods or services you have provided, you can’t just throw the money in your closet and pretend it doesn’t exist when tax time rolls around.

You do have to pay taxes on it.

Once you have done so, you can keep as much in your home as you would like.

The big question is how are you going to secure it.

You don’t want someone to steal it and you don’t want to lose it in a fire, so you need to give storage and security a lot of thought.

Also, once again, if for some reason the police come to your home and find all of this cash, you will have to explain how you got it.

Be prepared to lose it if they decide to seize the money.

Can I Write a Check at Walmart with No Money in My Account?

When it comes to how much cash you should carry on you, it is going to depend on your own personal situation, but in general, it should be somewhere between $20 and $200 dollars. It makes sense to carry some cash and even have some at home, but the best place for the bulk of your money is in the bank. 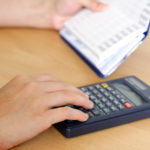 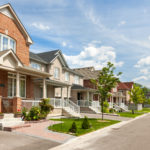